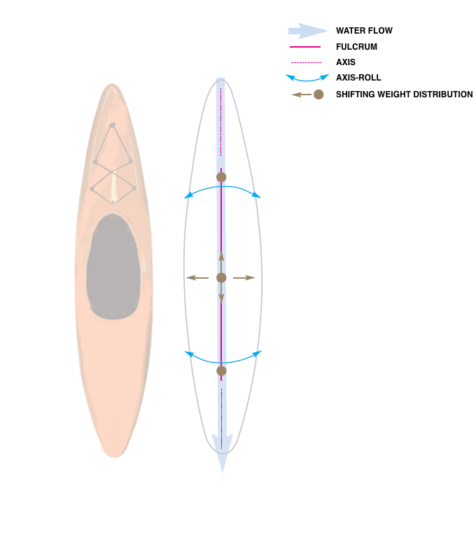 With a typical kayak weight is displaced on a single axis from a single fulcrum that is IN-LINE with the vessels axis-roll and curved shape–thus encouraging the vessel to roll and tip when weight shifts from one side to another. As weight shifts, the vessel more easily rolls on the axis of the in-line fulcrum. 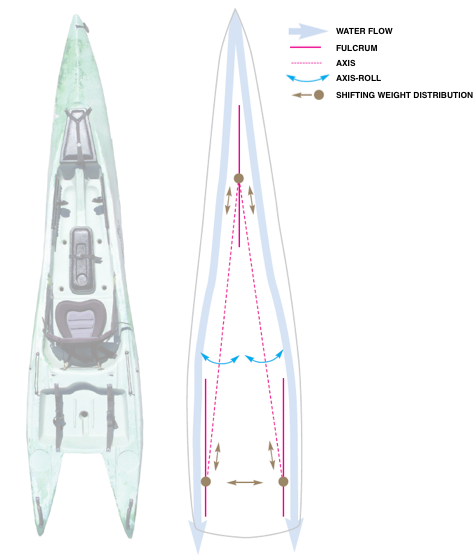 Inherent in the Raptor design is a special wave breaking bow that displaces water and weight by splitting it into two aft stabilizing wave tracks. Now, this creation of two separate axis and two separate fulcrums consistently encourages the vessel to return to it’s former position when weight is shifted from one axis-roll to another. IE: As weight shifts to one fulcrum, the vessel discourages a potential role because the apposing fulcrum is sharing it’s common end-point at the bow–summoning the vessel back to it’s gravitational connection with the water–rather than giving it permission to roll.

Our kayaks are built for one purpose, to catch more fish without the balancing act. Fast, unmatched stability and light weight, a great combination not found in any of our competitors models.

Our Maryland shop is currently appointment only!

Our hours are currently by appointment only, so please fill out our contact form to schedule a time to come in and browse our inventory and discuss your needs with us!